These are not wrinkles.  These are the survival lines of my life.  Each one holds a story, a laugh or a memory.  They are like snowflakes, no two are alike. – Anonymous
Welcome to Senior Prominence, a place for Seniors to share their stories and allow us all to feel closer as a community.  Everyone has a story to tell but not everyone gets to hear those stories.  Some may be historically significant, some may be small but made an impact on their life, or some may be funny.
Mike Stauffer
In-Home Service Manager 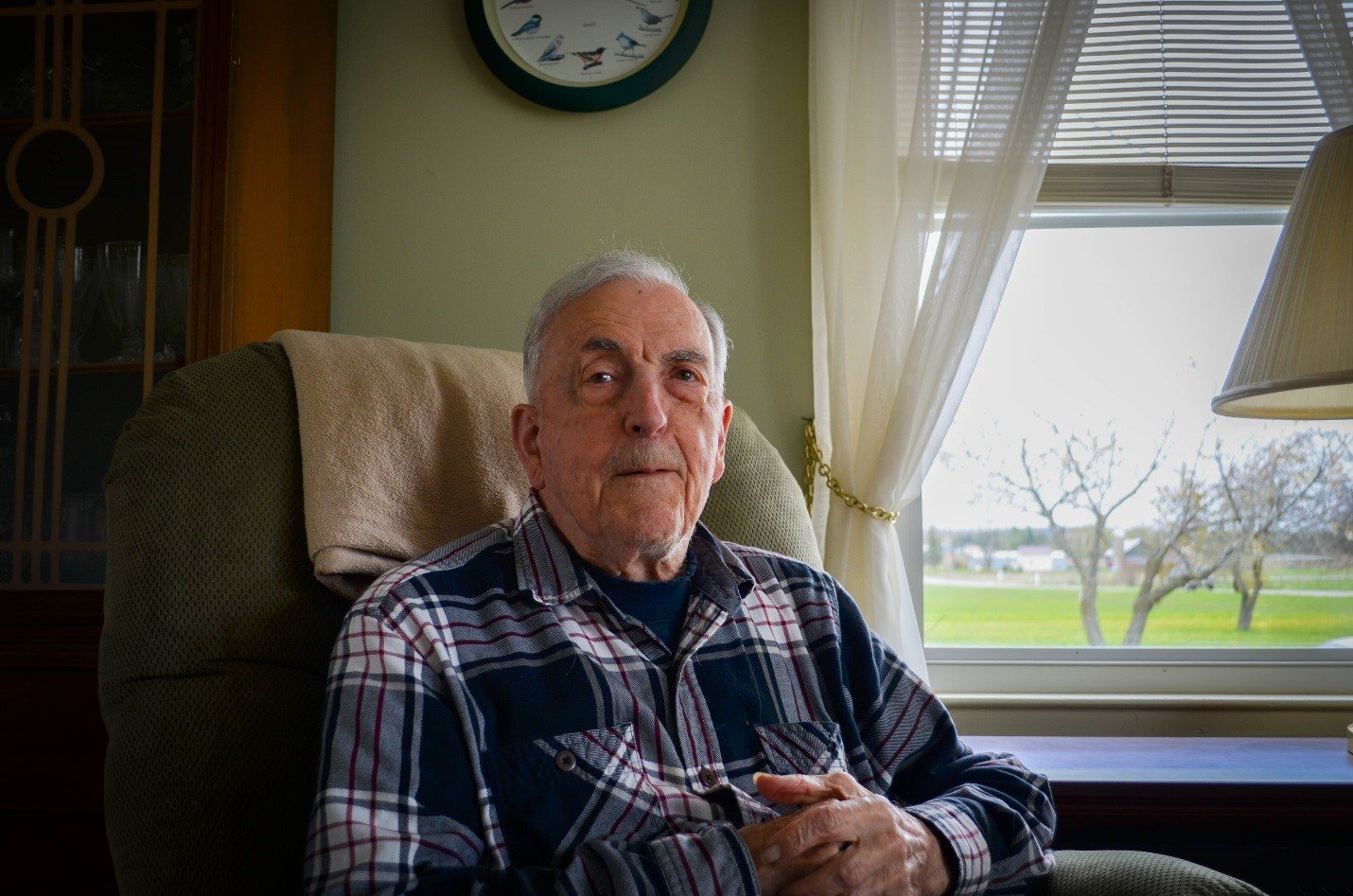 “The M1 was a beautiful rifle”.  “The enemy stepped out…and signed his death warrant”. Bernard is a WWII Veteran who fought in Battle of the Bulge.  He was raised on the farm seen in the background.  The Alpena Senior Center is grateful to serve seniors like Bernard. 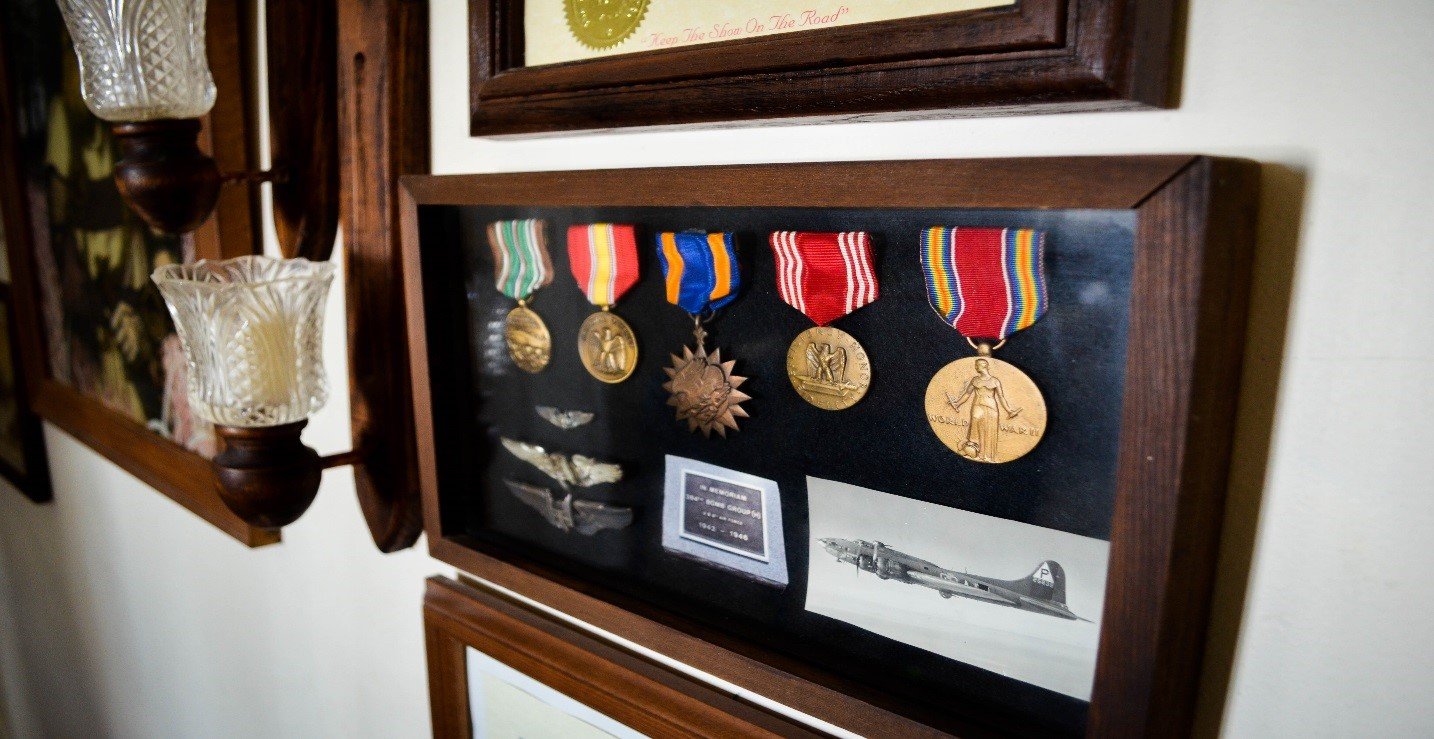 “I got to be the radio man on a B-10 (In World War II)…We got to the end of the runway and we hit something. Smoke was coming into the airplane like you wouldn’t believe. I opened up one of the doors and one of the guys asks me and said “So, are you gonna bail out?” and I said “Nope, those trees are no more than 700-800 feet under us and I’m not gonna jump at that depth.” He then said to me “You’re a religious man, you better say a prayer for me!” and I said “ Oh no they all go for this guy (pointing to himself as he chuckled).  Anyways, to make a long story short we had to make 3 passes because we were always coming in sideways and landed on the 4th try.  The pilot thought we hit a church steeple but we hit trees.  When we landed we had to pull branches out of the wings. So I took a piece out and sent it to my wife and wrote the date on it and I still have that.” The Alpena Senior Center is grateful to have served seniors like Alvin. 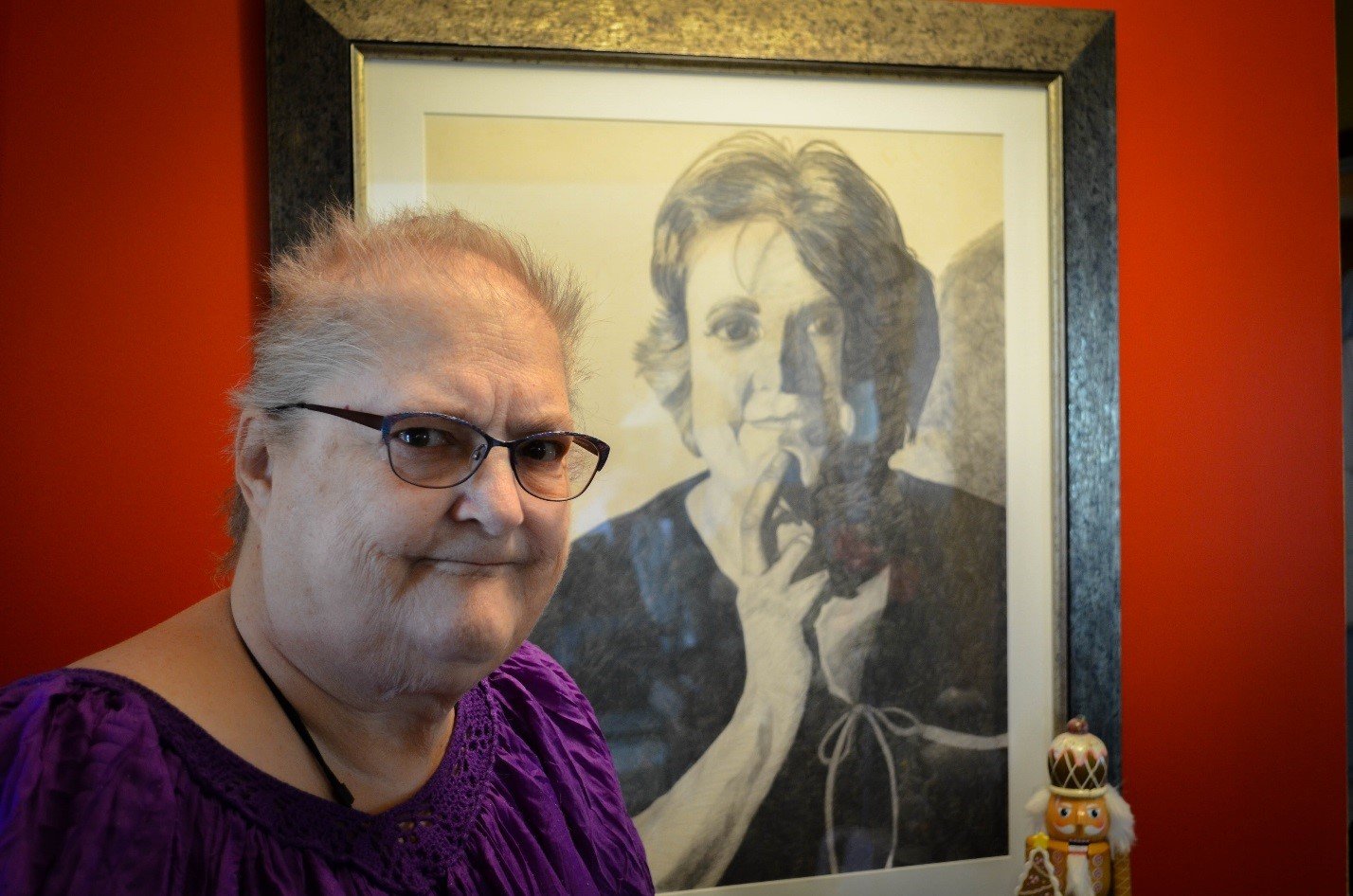 “That day was horrendous.  It’s still hard to believe it even occurred.  For me it was very personal because it hit my office.  In a sense, I never felt safe there again.”

“Planes flying over D.C. at night was very scary because we didn’t know if they were security or civilian.  I was only 2 miles away from the White House.  The cornerstone of the original layout of Washington D.C. was literally in my backyard.  Route 66, a block from my house, was built as an escape route for the President to get to Dulles Airport.  The weather was such that I had my windows open and that night with no traffic on 77 you could hear everything.  You could hear planes flying overhead and then you could hear a pin drop.  It was unbelievable and it was scary.  There are still days that I’m shaking when jets come over.  One of the scariest days of my life was going to work the next day.  I didn’t have to report to the Pentagon but had to go to my other office.  Entering the building there were all these security people with guns.  I was used to this when going to the Pentagon but this was a civilian building.  You now had to be searched to get into the building.”

“I worked for the federal government for 25 years and was in 9/11.  My office at the Pentagon was hit.  I was in another building the day it occurred, in a meeting, so I was not killed.  I never went back to the Pentagon.”

“I grew up in Virginia and am an artist at heart.  I loved drawing and sewing and worked as a quilter.  As a retiree, I have continued quilting, some drawing, and photography.”

Cheri, pictured next to her self-portrait, also has 3 separate pieces of art in the Smithsonian, which include a Nutcracker Tree Topper, Hardanger, and a quilt.

The Alpena Senior Center is grateful to serve seniors like Cheri. 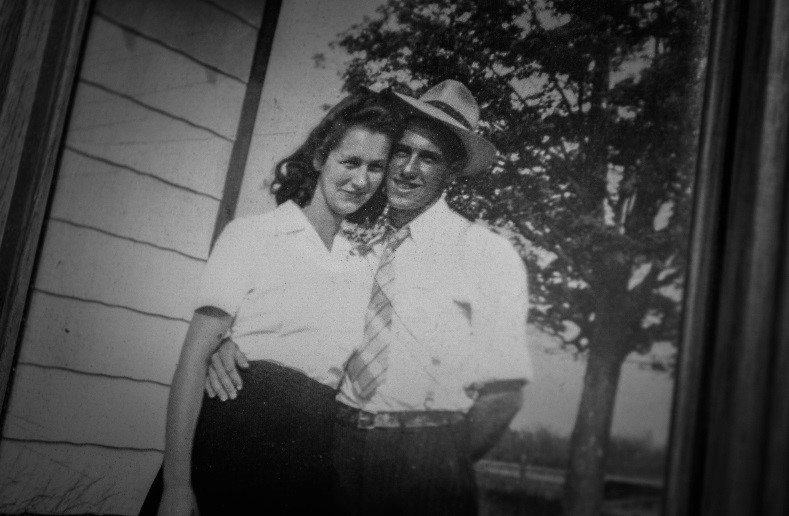 “I was 15 when I started going with him and he was 18.  It was the summer of 1942, I worked at my grandmas. My step-dads brother (Arlie) said to me ‘Audrey, I want you to meet my neighbor’.  So we walked across the field where Vernell was driving the tractor and he stopped.  Arlie said ‘Audrey This is Vernell, Vernell this is Audrey Smith’.  Our first date was on Halloween night.  Three years later we got married on October the 27th.  If we live till the 27th of October, this year, we will have been married 72 years.  We’ve been together 75 years and I’m thankful for every one.  I’d say we hit it off pretty good.  We’re 90 and 93 now and you can tell it.”

The Alpena Senior Center is grateful to serve seniors like Vernell and Audrey.